Air cargo is a type of freight transport which involves transportation of goods by air. Air cargo usually refers to items that are not feasible or too costly to be transported by other means, such as by ship or railway.

The air cargo industry has been growing rapidly in recent years, thanks to the increasing demand from businesses and consumers for speedy delivery of goods. The global market for air cargo is projected to grow at a CAGR of 5.4% from 2016 to 2021, reaching a size of $224.8 billion by 2021.

It’s a vital part of the global supply chain and logistics system, and it helps businesses move products around the world quickly and efficiently. Air cargo can be used for a wide range of purposes, including transporting perishables, luxury items, hazardous materials, and more.

Air cargo is usually more expensive than other modes of transportation, but it offers several advantages: speed, flexibility, reliability.

There are three main types of air cargo: export, import and domestic. Cargo airlines typically require that shipments be received and delivered by a certain time or date in order to be considered on time.

The first cargo-carrying aircraft flew over 100 years ago, and the first dedicated cargo airline was started just after World War II: these were both primarily military operations. Commercial freighter aircraft began carrying limited amounts of cargo as early as the 1920s; however it was not until the 1950s that dedicated cargo airlines were established along with regular cargo service by most major passenger airlines.

Cargo is transported either in passenger aircraft or in dedicated cargo aircraft . Some commercial passenger aircraft, including freighters , are designed to carry freight on the main deck, while smaller parcels are usually placed in the lower cargo holds.

The ability to quickly transport goods worldwide has a profound effect on a company’s bottom line.

Luxury items, such as jewelry and antiques, can be flown to far-flung locations easily and quickly.

Perishables, especially flowers have an advantage being moved by air to markets thousands of miles away from where they are grown .

The main benefit of shipping goods via aircraft is speed. This often leads to reduced inventories, reduced damage rates during transit compared with other modes of transportation (particularly for high-value manufactured products), reduced insurance costs for companies that use it frequently , quick turnarounds at both origin and destination, and other benefits.

The main disadvantage of air cargo is its increased cost compared with other modes; the additional weight means that more fuel must be burned to carry it (although as fuel prices rise, this disadvantage becomes less important). The speed of many forms of air cargo also means their overall flexibility is diminished: a shipper who needs an urgent delivery may not want to await loading and unloading time if the aircraft only stops by once a day. Another issue is security : although some shipments can be sent via passenger flights (which often have high priority), certain goods are prohibited from being carried on passenger flights for safety or political reasons.

How to become an air cargo expert? Peter Gerber of Lufthansa Cargo teaches you in simple steps 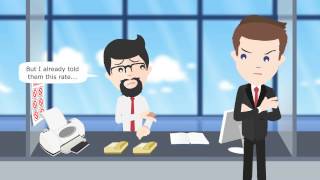 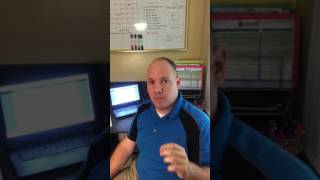