A transportation document that is the contract of carriage containing the terms and conditions between the shipper and carrier. It is used as a receipt for cargo and is evidence of the contract made between the two.

The bill of lading has several functions:

A bill of lading should contain certain elements. First, it should contain a minimal data set to identify the contract between the shipper and carrier. It also includes information about the freight rates, surcharges and other fees associated with transportation of goods. A signature from a person representing the carrier is required as well, along with a seal to make it official.

The date of issuance and date of arrival are also included to help keep track of shipments for accounting purposes. Other useful information could be included such as shipment type (dry, refrigerated), weight and volume measurements or container identification numbers/type/capacity if that applies.

In order for a bill of lading to provide proof that goods were actually shipped, there needs to be an example of what was shipped included as well and this is usually done with a bill of lading number.

Because the bill of lading serves as a contract between the shipper and carrier, it should contain all necessary information about shipping terms and conditions so that there are no misunderstandings later on. Terms described in the bill of lading include:

– Any other information necessary for cargo to arrive at destination safely and on time, e.g.: Are dangerous/hazardous materials allowed? Are live animals permitted? Is hazardous waste allowed? Indicate if dangerous goods are packaged dangerous goods under UN number requirements (UN1067, etc).

Usually it will state how many copies need to be submitted upon arrival at destination depending on local laws or those requested by customer. It may also refer the receiver(s) to a website for further information about third party charges that may be incurred at destination.

There are three different types of bills of lading defined by the Carriage of Goods by Sea Act (COGSA), and they depend on the mode of transportation: 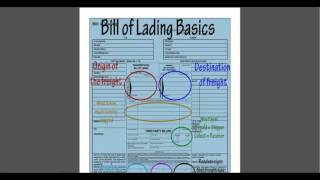 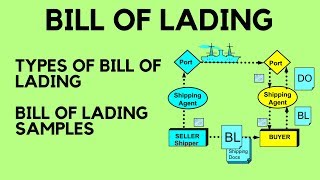 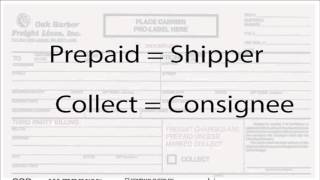 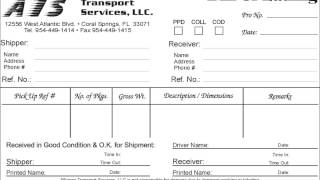 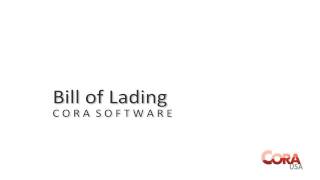