An export license is an official authorization issued by a government allowing the shipping or delivery of a product across national boundaries. The product must meet certain requirements, such as being subject to export controls or trade sanctions. In the United States, the Department of Commerce’s Bureau of Industry and Security (BIS) is responsible for issuing export licenses.

An import license, on the other hand, is an official authorization issued by a government that allows the importation of a product into the country. The product must meet certain requirements, such as being subject to import controls or trade sanctions. In the United States, the Department of Homeland Security’s Customs and Border Protection (CBP) is responsible for issuing import licenses.

Both export and import licenses are important for ensuring that products exported or imported into a country meet the necessary regulatory requirements. Failing to obtain an export or import license can result in fines, penalties, or even criminal prosecution.

In general, export licenses are more difficult to obtain than import licenses. This is because the government places greater restrictions on exports, which are more likely to have a negative impact on national security or foreign policy interests. However, there are a few products that are subject to export controls but not import controls, such as software and technology.

It’s important to note that both export and import licenses are specific to the product and the destination country. 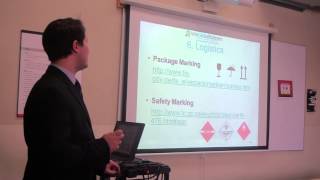 Logistics for Export or Import Business