Lash barges are covered barges that logistics carriers load on board oceangoing ships for movement to foreign destinations. The lash barge system was first used in the 1970s as a way to move large amounts of cargo quickly and efficiently.

Lash barges are designed to be securely lashed, or tied down, to the deck of the ship. This ensures that the cargo remains safe and secure during transit. The lash barge system is particularly popular for transporting heavy machinery and other large items that would be difficult to transport by other means.

The advantages of using lash barges include:

If you are considering using lash barges to transport your cargo, it is important to work with a reputable and experienced logistics provider who can ensure that your shipment is handled safely and efficiently. 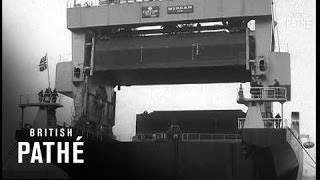