Class 1 Railroads are essential for logistics and transportation needs in the United States. They play a vital role in the economy by connecting businesses and communities with each other, and moving goods throughout the country.

The importance of Class 1 Railroads is evidenced by their high operating revenue. This revenue is generated from the freight that they transport, which includes a wide variety of goods such as agricultural products, automotive parts, coal, lumber, and finished goods.

Class 1 Railroads are also responsible for transporting a large percentage of the country’s hazardous materials. This cargo requires special training and handling to keep everyone safe.

The seven Class I Railroads in the United States are:

(Amtrak and Via Rail— would both qualify as Class I if they were freight carriers.) 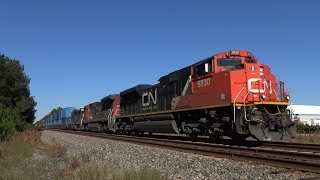 Six Class 1 Railroads in One Day